Heated discussions in my family often ended with someone declaring “It’s just semantics!” as we often agreed in the essentials, if not the specifics. But semantics matter. For writers, it should never be “just semantics”. We should be careful and cognizant of what we say, how we say it, and what the consequences might be. 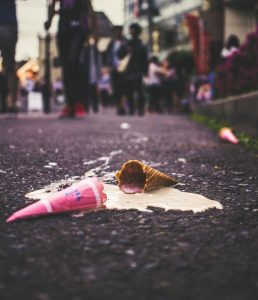 As I write this, coverage continues over the mass shootings in El Paso, Texas and Dayton, Ohio. I am NOT going to get into a gun control debate here. That can (and has been) debated elsewhere on Medium and many other platforms. Rather, I want to address how we, as writers, have a responsibility to our readers to write clearly and meaningfully.

When emotions are high, it’s easy to get caught up in the coverage. One of the current statistics being thrown around today is “250 mass shootings” in the U.S. to date. Sounds like no one can go to a mall, bar, church, or school anymore, right?

The figures come from a site called Gun Violence Archive, and they identify themselves as a non-profit, non-advocacy group seeking to provide the best statistics they can for all concerned parties.

What often gets left behind in the reporting of such figures are things like definitions. Since there is no definitive definition(!) of mass shooting in the U.S., the GVA site defines a mass shooting as 4 or more victims (injured or killed) besides the shooter. However, there is no distinction between an apparent terrorist attack like what happened in El Paso, and a murder-suicide of a family of 5. Because states have their own definitions (or none), those figures may include police shootings, gang shootings and misreporting. So, as Mark Twain reminded us, there are “lies, damned lies, and statistics”.

When we, as writers, don’t practice due diligence in our handling of information, we do a disservice to our readers, if not to society as a whole. Those who prefer obfuscation deserve a special place in hell or to be reincarnated as slugs and mosquitoes.

Another debate during the current news cycle is over whether the online post by the El Paso shooter shortly before his rampage was a manifesto or a screed. Gimme a break! By all accounts, it was a hate-filled, anti-immigrant rant. Does it really matter if he declared principle and policies? Either way, he faces the death penalty in Texas. I do agree that calling it a manifesto dignifies the post with a level of thought and logic that might exceed his capabilities. (I suspect manifesto has been greatly overused in the last few decades.) But simply debating this issue gives it more credence and air time than it deserves.

We all have our biases, whether ideological or practical (the need to pay bills). It’s human nature. And that’s OK, as long as we recognize them and take them into account. Our sources have biases, too. Many a courtroom or newscast has dueling “experts” expounding their opinions. They may or may not be informed, but they are opinions, none-the-less.

That doesn’t mean our opinions or perspectives aren’t important. It does mean that we, as writers, have an obligation to present them carefully, with known intent.

Are you fear mongering? It’s a great way to get clicks. (Shame on you!) At least be clear that creating fear is your goal. Likewise, are you castigating a large group of people for the actions of a few? I don’t fit the stereotypes of either U.S. political party, and neither do most of the people I know, regardless of how they voted in the last election. These questions are especially important when responding to others’ reactions and posts. 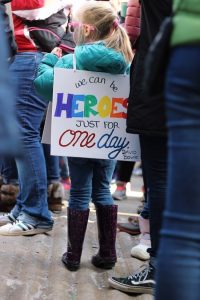 Who cares? You should.