I live in Odessa, Texas, and was in the shopping area where most of the random shooting took place. Going from store to store on a hunt for a new outdoor grill, five minutes later at one intersection — or earlier at another — could have made the difference for us. As it was, we saw first-hand the overwhelming response as police tried to pin down the mobile shooter and the chaos of bewildered drivers as roadblocks were set up, bringing heavy traffic to a standstill. And not having a clue what was happening.

We ended up on lock-down at the local Lowe’s Home Improvement store for about an hour and a half, listening to the rumors and considered: neither of us had brought a gun. We disagree, my husband and I, over whether it would have made a difference had we encountered the man. A Vietnam veteran, he’s confident he could have hit such a moving target. I was driving; could I have defended myself? I don’t know. Especially on a crowded street.

In the aftermath, the talking heads have been doing their usual chicken dance, facing off from their established All or Nothing corners, and accomplishing nothing but amping up the anger and polarization. 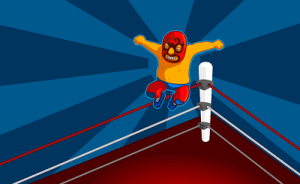 In the right corner, we have people like State Representative Matt Schaefer (Rep.) of Tyler, Tx, refusing to consider any type of gun control legislation, and essentially telling people to pray more. In the other corner are numerous folks calling for everything from tighter background checks to outright bans.

I can assure you, plenty of people were praying during that lock-down. It didn’t help the eight* who died. Nor is a complete gun ban going to work, even if it were feasible and constitutional. Guns are too deeply rooted in our identity [*Initial reports said seven, excluding one victim later confirmed as part of the spree.]

But that doesn’t mean there is nothing we can do.

First off, we need to take responsibility seriously.

Like many of you, I grew up with guns. The small Montana neighborhood where I spent half my childhood had several hunters. There were times when, if it weren’t for the meat my folks brought home (my mom hunted, too, as did her mom), we wouldn’t have had meat on the table. Canned tuna, and chipped beef can only go so far. We saw the deer hanging, played with the pheasant feathers. Guns were the tools that helped feed us. We understood their power, respected them and left them alone. We understood death.

I was in Kindergarten when I was first touched by gun violence. Johnny, who often visited his grandparents across the street from us, was killed by his dad, along with his mom and 5 siblings. The dad then killed himself, all with a rifle. We kids didn’t learn it directly from our parents. Either we overheard the adults talking about it, or more likely, it spread around the schools and to us through our friends. In the 60’s, we didn’t have 24/7 news coverage, or internet or social media. They didn’t have counselors to talk about this sort of thing in the school.

We learned actions have consequences: good, bad and indifferent. Responsibility.

I was in my 50s before buying my first gun. Managing an RV park in Odessa, TX, I was handling a lot of cash, often after dark, often by myself. The owner hosted a concealed carry class, so I got my license and my gun. I had permission to carry in the park without a license, but I wanted the training, and didn’t want to make any mistakes.

Like you, I want to be a responsible gun owner.

I go to the gun range when possible to practice. Whenever we acquire a new firearm, I make sure I know how to handle it securely. I’ve also shot every one, except for a couple collectibles.

We have no children in the house, or in our lives at this moment, but every gun is locked in a gun safe, unless out for immediate security. If guests are expected, everything is secured. Sound familiar?

I’m not saying I’m perfect. I’ve had my .380 fall out of its holster in a public bathroom. Now it goes in the purse with the phone before I do my business. I don’t want to be “one of those” who give us all a bad name. (I can assure you, carrying concealed as a woman is uncomfortable at best.)

Most of us either drive or ride vehicles on a daily basis. As a nation, we have determined that a driver’s license, proving training and proficiency, is required to operate one. Accidents still happen, and there are those who drive without a valid license for one reason or another. But, I think we can agree that our roads are much safer because of the requirement.

Unlike a vehicle, our U.S. Constitution gives us the right to own and bear arms. But like a vehicle, that right comes with the responsibility to do so in a manner that protects our nation and its people. Is it unconstitutional to ask that an owner demonstrate that he or she is responsible? There is precedent: we have agreed that shouting “Fire!” in a crowded theater indiscriminately is not protected by the 1st Amendment.

I’d say my whole family has similar sentiments to mine: whether we own or not, guns are a tool to respect and use responsibly. I think that’s something every gun owner can agree on.

Would it surprise you, then, to learn that these same people in my family supported everyone from Bernie Sanders to Donald Trump in the last election cycle? That’s right: left to right and everything in between.  NRA members and not, liberal campaigners, and police officers.

Why do the loudest voices insist that if you own a gun, you must support the NRA, or if your politics are liberal, you must be anti-gun? (I hate being told what to think! And No, Rep. Schaefer, gun ownership is NOT one of our “God-given rights”.)

This is why it’s so important that we gun owners who mostly fall in the middle somewhere, get involved. We can help move the conversation from diatribe to dialogue.

Yes, it’s hard. Too many people want to plug our fear buttons, because they know it works. They go for the gut, making us fearful for ourselves, our families, our “values” (which, in truth, have little to do with gun ownership, one way or another).

But we can make a difference.

First, we can be responsible owners ourselves. Know our weapons, secure them properly. Teach our children to respect them and leave them alone, wherever they might find one.

Secondly, we can be responsible when it comes to other adults. I have seen private sales to people who had no business owning a firearm. Sure, one wanted it to kill rattlesnakes in his yard to protect his grandchildren. But his pain meds make him illogical and paranoid. (It was in a private sale that the Odessa shooter acquired his weapon, because he couldn’t pass a background check.)

Another friend has been pressured to get a gun for self-defense. Neither he nor his wife have the aptitude to use it responsibly. Either they’d be attacked and disarmed, or use it on one another. Those telling him to get one haven’t a clue. But he feels left out. I keep reassuring him it’s not necessary. Does he really want someone’s death on his conscience?

There are other things we can consider responsibly, as well.

Do we really need military style weapons in the hands of the general public? So you need one for hunting feral hogs; OK, how about a permit process? Same for the collector. Be able to prove that you have secure storage against theft or misuse. Remember: military weapons are designed to kill people, as fast and as many as possible. That genie can never be fully put back into the bottle, but that doesn’t mean we can’t trim its horns. It took a few years, but after machine guns were banned in the 1930’s, you rarely heard of their use; I recall none in the 1960s and 1970s. What do you think?

One of my pet peeves is the number of unsecured weapons that are stolen every day. According to the Midland, TX Police Department, in 2018, they had 758 vehicle burglaries. 466 of those vehicles were unlocked, and 180 firearms were stolen. How is that being responsible?!

Other things we can do as owners is push for a universal permit process. When I got mine, I had to go to a class, show I could handle my pistol safely and hit a target at reasonable distances, pass a criminal and mental background and get finger-printed. Still seems reasonable to me. And if we spent less money on state discrepancies and more on the background check process, maybe the process can be streamlined for those of us who are responsible. The current patchwork system isn’t working well.

We can step away from the corners, quit shouting at each other and start listening.

And as responsible gun owners, we can remember that many who are calling for gun reform aren’t against us; they are against guns in the hands of children, mentally ill, abusers, criminals. Hard to find fault with that. But they may not even realize that they know responsible gun owners, because we have let the extremes do all the talking.

We all want the same thing: to live our lives in peace, our families safe.

We have different ideas of how that can be accomplished. What works in one place may not work in another. I certainly don’t have all the answers. We will never be completely rid of guns or violence in this country. But that doesn’t mean we have to live with the status quo.

Until we, the responsible American gun owners, quit letting the extremists of either side caricaturize us as something we aren’t, we’ll continue to look like gun-totin’ conspiracy nuts afraid of our shadows, the zombie apocalypse, and our neighbors who drive a Japanese car (even if my US pickup was made in Mexico). 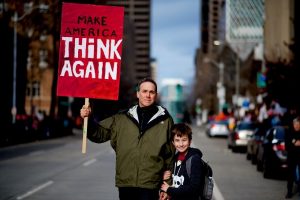 After last weekend, will I start carrying my gun more? Yes, and no. You see, every time I have that gun on me, I realize that I hold death in my hand. Sometimes I’m ready for the consequences; sometimes I’m not. But, I’m damned sure not going to leave it in my vehicle.

We have a voice. Left, right, and in-between, we are more than the labels. We, responsible gun owners, can make a difference. We can work together to solve this. That’s what our Constitution is all about. That’s what our unique nation is about. Working for the common good. We can do this. Please, let’s talk.